Tuesday morning in DC, I paid for a guided tour of the DAR Library. I was really excited to see the library, especially since I was in the middle of the application process for joining the DAR. 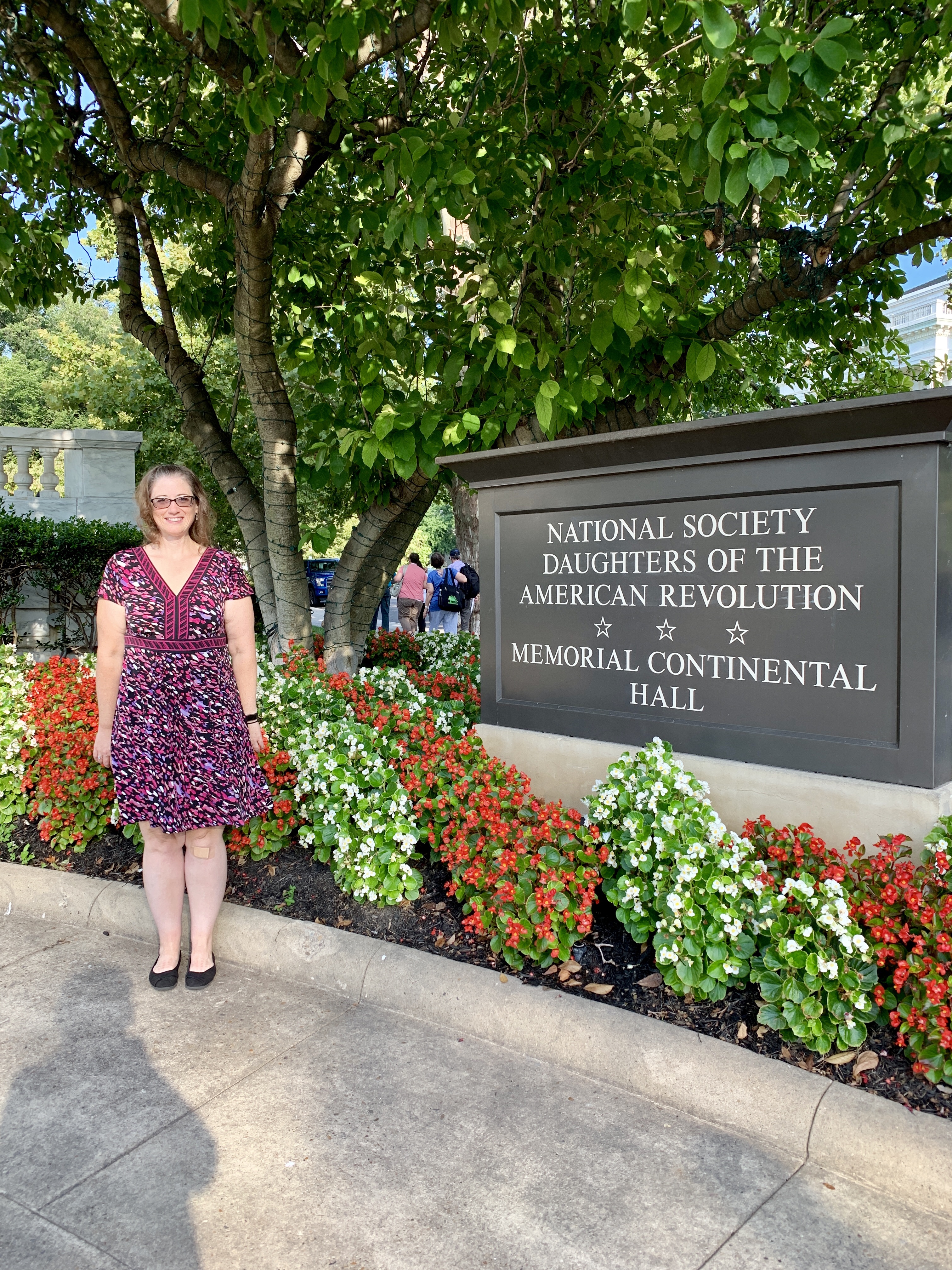 I wore a dress as I felt it was an occasion that you should dress up for! LOL I kept thinking about the story that my Grandma Carol told me about her Grandmother Ella joining when she was a little girl. She told me that she would sometimes join her Grandma at the DAR Chapter House in Buffalo and that she was spoken to about being on her best behavior while there and that it was a white glove affair. I kept thinking how much Grandma would get a kick of me joining and that she would probably join with me and that we could’ve gone to the DAR Library together. I miss her.

The building seemed to be at least two buildings connected and then maybe a third for the big Constitution Hall that I didn’t get to see. The marble part that I am standing in front of in the picture above was where the library was located along with many of the state rooms and pretty marble staircases.

The second building that was attached contained many different offices and a gallery. It seemed to be newer construction. It also held their computer research room.

At the end of the second building, I think I crossed into the third building where the Constitution Hall is. We weren’t allowed to see it as it was being set up for a function. There was a chapel around where I think the second and third building connected.

I had a great time exploring the DAR Library! I can’t wait to go again and hopefully bring my Mom so that she can see all of the neat things that I did.